No-one wants to believe that the police would act unlawfully, but it happens

And when things go wrong you’ll need the rapid advice and expertise of a specialist and highly experienced law firm like Scott-Moncrieff.

Our solicitors handle many hundreds of claims against the police and against other authorities such as the probation and prison service.

There are all sorts of ways in which the police (or any other detaining body) can abuse their powers – from wrongful arrest to using excessive force and from damaging individual property to pursuing a malicious prosecution.

In nearly all cases, there’s a time limit to taking legal action so it’s vital that you seek professional advice as early as possible.

The good news for anyone who has suffered injustice at the hands of the police is that Scott-Moncrieff boasts some of the most experienced lawyers in the field. Just as importantly, all our AAP lawyers are members of the Police Action Lawyers Group (PALG). This means that our lawyers only represent the victims of police misconduct. We never act for the police or for any other detaining body.

Whatever your grievance, Scott-Moncrieff’s highly experienced lawyers will provide expert advice and pursue your case with energy and commitment. These are just some of the circumstances in which you can seek legal redress:

Our lawyers have the experience, expertise and – no less importantly – the sensitivity to take effective action in highly emotional cases such as when someone dies in custody or when a miscarriage of justice is suspected.  We serve clients nationwide, including London, Kent, Birmingham, Manchester, Leeds, Newcastle, Nottingham and Bradford.

Can I take legal action against other organisations e.g. the Parole Board?

When you’ve been mistreated by a large organisation like the police it’s easy to feel that it’s an unequal struggle. Every David needs expert help to defeat a Goliath. Lawyers at Scott-Moncrieff have taken on all manner of Goliaths: not only the police but other detaining bodies such as the Ministry of Justice, the UK Border Agency, The Parole Board and companies such as Group 4 where there have been allegations of abuse of power or neglect of duty.

Whatever the detaining organisation, the rights of the individual to fair and legal treatment remain the same and we’re here to ensure that you gain the redress you deserve if that hasn’t happened.

You can trust us to listen

If you’ve been the victim of any sort of police misconduct it’s only natural to feel distressed, angry, humiliated and aggrieved by what happened to you. We know that every case and every individual’s response to their experience will be different. You can count on us to handle your case with the utmost understanding and sensitivity. We know that one size certainly doesn’t fit all in such difficult and challenging situations.

What sorts of grievance can I claim for?

To bring a successful claim against the police or another detaining authority, your grievance must fall into one of the following categories:

We’ll work with you to identify the precise legal basis for your grievance. It’s our job to make sure no stone is left unturned and that you’re compensated for every aspect of the injustice you’ve experienced. Many clients who come to us with one particular grievance discover that they have multiple grounds for taking legal action.

How do I lodge a complaint?

All police officers are bound to follow a Code of Conduct which sets out consistent national standards. These include requirements to:

Many people decide they want to lodge a formal complaint about police misconduct and Scott-Moncrieff has the experience and expertise to guide and support you through a process that can often be complex. We’ll also manage on your behalf any appeal to the Independent Police Complaints Commission (IPCC). There is a 12-month time limit to make a complaint against police misconduct.

Our solicitors' track record speaks for itself: we’ve been successful in persuading the IPCC to reverse Investigating Officers’ decisions and to recommend disciplinary action including fines, superintendent warnings and apologies.

Working for a positive outcome

It’s important that all our clients understand 100% what the outcome of their case is likely to be. From the very start of your action we’ll explain the range of resolutions you can realistically expect. We’ll advise you on the amount of compensation you can claim and on any other remedy you may be entitled to, such as a declaration under the Human Rights Act.

Is there a time limit to bringing a claim?

Don’t miss the boat by leaving it too late. There are time limits to bringing a legal action so it’s vital that you seek expert advice as soon as possible. If you fail to do so, you’re likely to lose your right to take legal action.

Discrimination claims (race, sex etc.) must be issued at court within six months. Human Rights Act claims must be issued within one year. If you have been assaulted the time limit is three years from when you were assaulted, and in most other cases, six years.

How can I fund my case?

There are various ways of paying for a legal action against the police and the Scott-Moncrieff team has experience of all public and private funding routes. At the start of your case, we’ll advise you on the best way of paying for your case and we’ll be 100% open and honest about the costs you’re likely to incur.

Public Funding (Legal Aid) is available for cases where the claimant doesn’t have sufficient resources to pay themselves. You’ll have to provide detailed financial information about your income to the Legal Aid Agency so that they can assess your entitlement – something that we’ll provide advice and guidance about.

Scott-Moncrieff also offers Conditional Fee Agreements (commonly called “no win no fee”) in appropriate cases. This means that you won’t be faced with a large bill if you lose your case. We’ll discuss whether your case is suitable for such an arrangement at an early stage so you know exactly where you stand.

Clients increasingly pay for their case using their own personal funds. We know that it’s vital to keep you 100% informed about the cost of your case as it progresses and we provide regular cost updates so that you’re never in the dark.

We serve clients all over England and Wales, including London, , Manchester, Birmingham and Nottingham.

For more information regarding actions against the Police, get in touch via our online contact form or call our team now on 020 3972 9011 .

The rise of fee-share firms 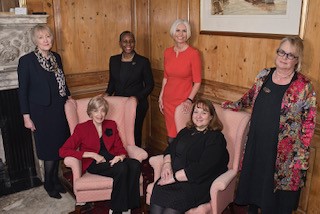