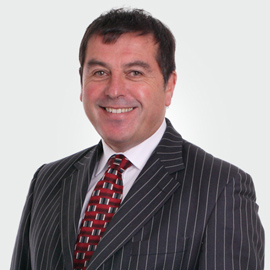 Child Abuse Compensation Claims  - whilst the below is a summary of what I do, a much fuller explanation can be read on my microsite www.abuselaw.org  which contains many helpful survivor guides to this very complicated area of law

I was qualified in 1981. I ran my own firm Abney Garsden McDonald from 1985. Since 1994 my previous firm and I have specialised in Child Abuse compensation claims on behalf of several thousand victims of abuse in varied settings:-

I was one of the first solicitors in the country to pursue claims against various children’s homes, mainly in the North West, where manifest abuse had taken place.

Over the following years I became concerned not only for the emotional effects upon professionals who do this work, but also to ensure that the victims/survivors of abuse obtained the very best standards of service.

This gave me the impetus to setting up and becoming one of the founder members of ACAL (Association of Child Abuse Lawyers) of which I remain President. I have organised and given training courses upon not only the law, but also how to deal empathetically with damaged victims of abuse without re-traumatizing them.

Most of our clients are aged between 35 and 50. They find it almost impossible to deal with the abuse at the time due to the emotional stress of the process. We help them through a process which can be healing as they exorcise their demons from the past.

I have acted for children who have been let down by Local Authorities during the care process by leaving them to be abused by their carers/parents rather than removed from the family home. These cases have been referred to me by the Official Solicitor.

This was a Group Action which I led with help from my team from 1995 to 2013. It comprised over 650 Claimants and resulted in a settlement of over £4 Million. It concerned serious physical and sexual abuse at 5 Children’s Homes in the North West of England.

This a case I took to the Court of Appeal, and a leading authority on the right of a local authority to redact the names of witnesses to abuse in care records. It was decided that the right to a fair trial under Article 6 Human Rights prevails over the right to privacy under Article 8. In this case the Defendant was trying to avoid my client from having access to the names of witnesses who corroborated the physical abuse from which he had suffered at Newton Aycliffe Children’s Home in County Durham on the grounds of Data Protection, failed and were forced to disclose unredacted records to us.

The Police in Manchester conducted a large scale investigation into abuse at several children’s homes in the Greater Manchester Area resulting in the prosecution of several individuals who worked at homes such as Rosehill, Broomehouse, and Mobberley as residential care workers.

The abuse was so extensive that my firm, Abney Garsden McDonald became instructed by over 800 individuals between 1997 and 2018 to pursue compensation claims. So compelling was the evidence  that the Council agreed to a discounted large scale compensation scheme in order to save the Claimants the trauma of going to Court. The eventual damages exceeded £5 Million, and is the largest Group Action in the Country. This article in the Manchester Evening News was one of many that appeared over the years.

My Abuse Team and I have led over 25 Child Abuse Group Actions of varying sizes which are set out in more detail on my microsite here.

See my site for more details.

I have always sought much satisfaction from campaigning for changes in the Law to the benefit of survivors/victims such as Mandatory Reporting, Access to Records, and the preservation of Legal Aid. For more details see my microsite https://www.abuselaw.org/category/campaigns/ .

As President of the Association of Child Abuse Lawyers and a leading practitioner in this area, I am often asked for my opinion upon Child Abuse subjects, which I have given for over 25 years to various Radio and TV outlets. An example appears here. I have also written several articles on changes to the law, which have published in legal journals and ACAL Newsletters.

Website Design - As I have an interest in Web Design, I set up, authored, and still maintain the ACAL website, which contains several useful features such as a database of all allegations of abuse which members have encountered in practice, and a lexicon of both reported and unreported abuse cases. I have designed and maintained several websites for my local radio control model glider club Leek and Moorland Gliding Association, a website to promote my wife’s new book on our experiences of fostering children over several years – www.jangarsdenauthor.co.uk , my microsite www.abuselaw.org , and a website to explain the workings of the Access to Care Records Campaign Group, which I helped set up following the Durham v Dunn Court of Appeal Case in 2012 – www.accesstocarerecords.org.uk.

I also enjoy walking in the beautiful Cheshire countryside, radio control model gliders, particularly scale models of 1950’s jets, which I build, cycling, going to the gym, water skiing, and attempting to entertain my grandchildren.