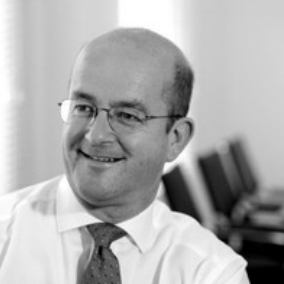 Ian has degrees in law from the Universities of Birmingham and Cambridge. He qualified as a solicitor in 1981 at Coward Chance (now Clifford Chance) and spent five years there in the International Shipping Department doing both “wet” and “dry” work.

In 1986 Ian moved to the then new firm of SJ Berwin (not to be confused with Berwin Leighton) and became a partner in 1988. He specialised initially in both contentious and non-contentious construction work for the firm’s major property clients, such as British Land, Quintain , Marks & Spencer and Sainsburys. Ian has experience in all kinds of dispute resolution such as mediation, arbitration, adjudication and High Court Litigation.

While at SJ Berwin, Ian developed an expertise in aircraft sales and purchases. He has acted for airlines and private companies in the sale and acquisition of commercial aircraft. He has also worked on aircraft leasing deals.

Ian has been qualified for over 30 years and still practices in his two specialised fields of construction and aviation. Ian has a wide variety of clients in both areas and looks forward to working on for many years to come.