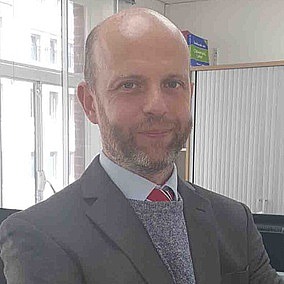 Actions Against the Police (and Public Bodies)

I have more than 10 years experience helping members of the public with civil claims against the police, HM Prison Service, the Home Office, magistrates’ courts, and other detaining authorities (including the private companies Serco, G4S, and Sodexho). I have expertise helping people with claims for assault, unlawful arrest, false imprisonment, malicious prosecution, misfeasance in public office, breach of human rights, discrimination, and data protection issues. I also help people make complaints against police officers, which can lead to officers facing criminal proceedings or misconduct proceedings which could result in being dismissed from the police force.

I undertake work in the Coroner’s court, also known as inquests. I assist families to find out the truth of what happened when their loved ones have died at the hands of the state – in prison, police custody, or after police contact.

I help people to challenge decisions by public bodies using the judicial review procedure. I help victims fo crime dispute decisions by the Crown Prosecution Service not to prosecute offenders, outcomes of DBS checks which can affect people’s prospects of employment, decisions by the Independent Office for Police Conduct (formerly the IPCC) not to uphold complaints against the police, decisions by the police not to destroy DNA samples (and DNA profiles derived from those samples), fingerprints and custody photographs, and funding decisions by the Legal Aid Agency,

I am listed in the 2018 edition of the Legal 500 directory under the category of ‘Civil Liberties and Human Rights’.

Compensation is obviously a big factor in the work I carry out on behalf of clients, but for most of the people, I represent, holding the state to account is what they want to do most. My clients have often been bullied and feel they have no place to turn. They want to make sure the state agents are exposed for what they have done and to ensure that others do not suffer at their hands.

Inquest into the death of Osvaldas Pagirys

I represented the family of Osvaldas Pagirys who died whilst detained at HMP Wandsworth on 11th November 2016. Osvaldas was held on remand at HMP Wandsworth between August and November 2016 after being arrested for stealing sweets. He was held in the prison as he awaited extradition to Lithuania under a European Arrest Warrant for minor theft. This was his first time in prison custody and it is clear that he found the experience extremely distressing. As a vulnerable young prisoner who spoke very little English he struggled to cope. He repeatedly self-harmed and was found with a noose around his neck on five separate occasions prior to his death. On 11th November 2016 Osvaldas’s emergency cell bell began ringing at 1pm. Despite the Prison Service’s target response time of 5 minutes no member of prison staff attended Osvaldas’s cell until 1:37pm. When discovered, he was already unconscious. He died in St Georges’ Hospital, Tooting, on 14th November 2016. On 20th February 2018, following a 10 day inquest, a jury at Westminster Coroner’s Court returned a unanimous verdict identifying numerous failures in the actions of the prison staff. The jury found that communication between prison and healthcare staff in the period leading up to Osvaldas’s death was inadequate, as was the decision to locate Osvaldas in the prison’s segregation unit. The jury found that the delay in responding to Osvaldas’s emergency cell bell was a failure which did contribute to his death.

This story has been reported in the national media:-

Civil action against the police – unlawful use of taser

I represented a man in 6 day trial in the County Court for a claim of assault and unlawful arrest. The man had been punched, tasered, and arrested by police officers. Two of the man’s friends were pushed around by police officers and the man’s brother was arrested for struggling when he saw my client being assaulted and tasered. The jury gave a unanimous verdict for the man, who received an award of £21,000 in compensation and his legal costs.

Unlawful conditions of detention in a police station

I represented a man who had been held in remand at police station for 9 days under a magistrate’s warrant on suspicion of swallowing drugs. During his detention he was routinely kept in handcuffs which I argued was a breach of his right under Article 3 of the European Convention of Human Rights prohibiting inhuman or degrading treatment. I obtained compensation from the police for the pain and distress of the conditions he was held in. The police paid £7,500 in compensation and his legal costs.

I represented a sergeant in the Territorial Army and unarmed combat instructor, who was working as a doorman at a nightclub. A drunk man was asked to leave the nightclub after urinating in a corridor. Sometime later the man returned to the area of the nightclub and started threatening staff. The man stated that he was carrying a knife. My client restrained the man and his colleagues called for police assistance. Officers attended and sent the drunk man home. The following day my client was asked to attend the police station for an interview on an allegation of assault and false imprisonment. He attended the police station voluntarily but on arrival he was arrested by police officers and held in custody for 9 hours. He was subsequently cleared of all allegations. His arrest was unnecessary, he was happy to answer the police’s questions and had no intention of walking out of the interview. I obtained an award for my client of £11,000 compensation and his legal costs.

I represented a 15-year-old boy in a claim for assault against the staff of a secure children’s unit. A staff member grabbed the boy by the waist, lifted him from the ground and fell to the floor whilst holding him. The boy struck his head on the concrete floor and briefly lost consciousness. Thankfully an x-ray showed that the boy had not suffered a fractured skull. Proceedings were issued and served on the council responsible for the secure children’s unit. The staff member has been dismissed from his post. I obtained for my client £3,500 in compensation and his legal costs.