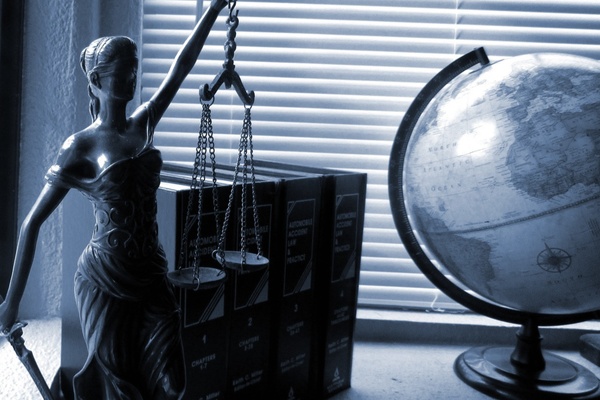 Two disabled children, supported by their parents, have now issued an application for judicial review of the Secretary of State for Education’s downgrading of important legal duties for children with special educational needs during the Coronavirus pandemic.

The challenge is being brought against the decisions (so far covering the months of May and June) to modify the core legal duty on local authorities, under section 42 Children and Families 2014, to secure provision to meet special educational needs and health needs as set out in a child’s Education, Health and Care Plan – replacing it with a requirement to use ‘reasonable endeavours’. This core entitlement in relation to education had been in place undisturbed for decades for children through successive pieces of legislation. In addition, the claim challenges the Secretary of State’s decision to issue Amendment Regulations which provide exceptions to the strict timescales which local authorities are required to follow during the planning and reviewing process for Education, Health and Care Plans where these cannot be met because of a reason relating to the coronavirus.

The Children’s Commissioner has responded publicly to these changes in a statement in which she expresses “serious concerns about the regulations that came into effect on 1 May, downgrading the duties of councils towards children with Education, Health and Care Plans (EHCPs)” and that “I am of the view that the downgrading of key duties towards children with SEND is disproportionate to the situation. The SEND system was already under considerable strain before Covid-19 and I am worried that these changes could result in local services being stripped back further.”

These concerns were echoed by representatives of 49 charities and organisations that work with and support children with special needs and/or disabilities (SEND), and their families who wrote jointly to Vicky Ford MP, Minister for Children and Families on 29 May 2020, stating “we have significant concerns about the disproportionate impact on this group of children, who already experience poorer outcomes than their peers. In particular, we are concerned about the modification of Section 42 of the Children and Families Act and the variability in the interpretation of ‘reasonable endeavours’.

The grounds of claim include that the Secretary of State failed to consult and failed to carry out ‘sufficient inquiry’ before making the decisions and that it was irrational for him to determine that it was appropriate and proportionate to make the Notices covering the periods of May and June. In addition, lawyers argue that the Amendment Regulations should have been laid before Parliament for scrutiny before they came into force and that the Secretary of State breached his duty under section 7 of the Children and Young Persons Act 2008 to have regard to the well-being of children prior to making these decisions.

In addition, the claimants made an ‘interim application’ requesting that the Secretary of State disclose the actual evidence base relied on in reaching his decisions rather than a narrative summary through correspondence.

The claim has received ‘urgent consideration’ by the court and Mr Justice Saini (agreeing with both the Claimants and the Secretary of State) said that:

“I am satisfied that this is a case for substantial abridgement of time and, if permission is granted, a measure of expedition”. He further stated that “Without expressing any views as to the merits, it is clear that the claim raises issues of serious concern in relation to vulnerable children with special educational needs and as to how such needs are to be met in the Pandemic”.

In relation to the Claimants request for disclosure, although Judge held that it is currently premature, he recorded:

“By way provisional view (for the benefit of the Secretary of State) I should say that I have considerable sympathy with the concern of the Claimants in relation to the continuing reliance by the Defendant on the need for confidentiality in relation to his communications with local authorities and other stakeholders.

It seems to me that these communications are the evidence the Defendant says he relied upon to make a decision to downgrade legal duties and the legal rights of clearly vulnerable children and young persons; and one might take the view that there is a need for transparency in relation to such communications”.

Polly Sweeney, Consultant Solicitor at Scott-Moncrieff who acts for the Claimants said:

“We recognise the court’s initial views were given without yet having heard from the Secretary of State for Education. However, the Judge has said that it is clear the claim raises issues of serious concern in relation to vulnerable children, and we hope the Secretary of State will give careful consideration to his provisional views when deciding how to respond to the Claimant’s request for disclosure”.

In her statement to the court, Deanne Shaw, the mother of one of the claimants, Amber Shaw explained:

“I am concerned that the Defendant decided not to consult with children, young people, and parents / carers before making these decisions. I believe that had he done so, he would have realised that these changes would have a very serious impact on our children. He would also have realised that as parents we are only ever trying to secure the best for our children. Where we are forced to take legal action, this is because we believe that it will result in our children getting the support they need. These legal changes did not need to be made.

I understand the Defendant has said that he has had discussions with various stakeholders, including a small number of SEND organisations. I am concerned that the Defendant is refusing to share exactly what was said and believe that parents have a right to see this information if this is what led to the Defendant making these decisions. These discussions are about our children. They should not take place in secret.”

The court has ordered that the identity of the second claimant should be kept anonymous.

The Secretary of State for Education has until 19 June 2020 to file an Acknowledgment of Service setting out whether he contests the claim and if so, his grounds in response.

For further details please contact Polly Sweeney on This email address is being protected from spambots. You need JavaScript enabled to view it.  or call 0203 972 9011

Scott-Moncrieff has been providing expert legal advice for over 30 years. Our nationwide network of over 50 lawyers can advise on most areas of law for private individuals and organisations.

More posts from author
Thursday, 03 November 2022 The rise of fee-share firms
Wednesday, 21 September 2022 Scott-Moncrieff & Associates appoint Roland Watt, as an SRA approved Director of the firm
Thursday, 11 August 2022 Frivolous Committal against an Officer of the Court

By accepting you will be accessing a service provided by a third-party external to https://www.scomo.com/