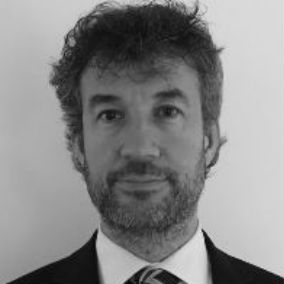 Duncan joined Scott Moncrieff in March 2017, and works within the Human Rights and Public Law Department, taking cases against the police and other public bodies within the sphere of the criminal justice system. Typically cases will involve allegations of wrongful arrest / false imprisonment, assault, malicious prosecution and will often include claims brought under the Human Rights Act and Equality Act.

He qualified as a solicitor in 2004 and worked for eight years as a criminal defence solicitor (and remains a practising duty solicitor), before switching to civil litigation in 2012.

Duncan has developed a particular specialism in pursuing disability discrimination cases, where police forces have failed to make reasonable adjustments to their standard practices in order to take into account a person’s disabilities.

He also provides legal representation at inquest proceedings and in civil actions arising from deaths in custody and/or in circumstances involving the state.

He featured as “lawyer in the news” in the Law Society Gazette in January 2015 following a religious discrimination case brought against HMP Belmarsh on behalf of a criminal defence solicitor refused entry to the prison.

Duncan is a member of the Police Action Lawyers Group and is on the Pro Bono Panel for the Travellers Movement Equality and Social Justice Unit. He is recommended in the Legal 500 Directory.